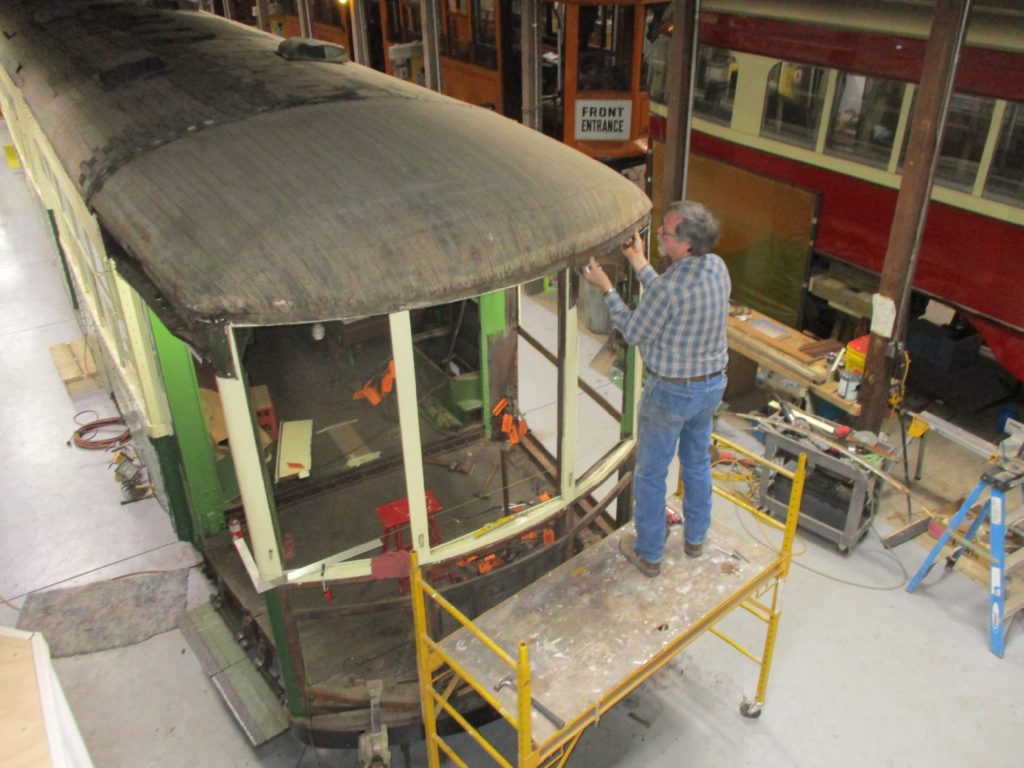 We are pleased to share another image showing how work is really getting underway on Philadelphia car 8042 at the Pennsylvania Trolley Museum.

The museum’s Board of Trustees last year approved moving ahead with front platform work, which is intended to be phase I of a larger project. Your donations are helping FPT support this very worthy endeavor. 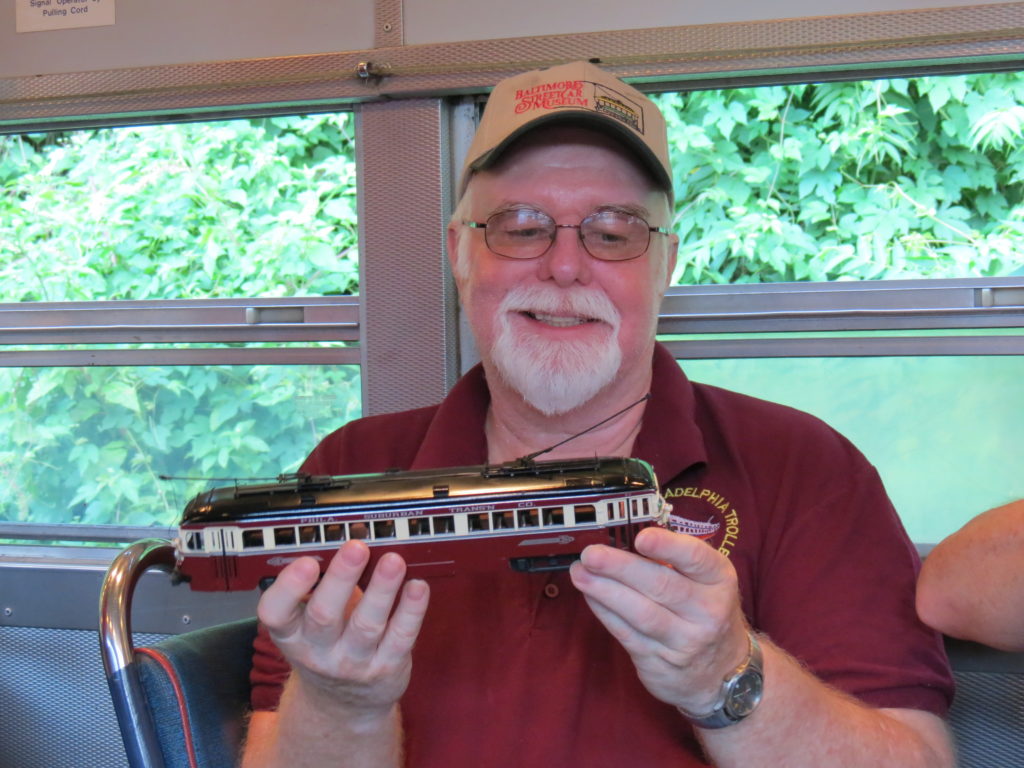 Jerry Evans is a familiar face to many in our group, and at trolley museums throughout the mid-Atlantic and Northeast.

Jerry, who recently retired from SEPTA after 38 years as a trolley mechanic and electrician, has been putting his skills and experience to use by offering technical advice and assistance on the maintenance of many museum cars, particularly PCCs. As a personal token of appreciation from members of several groups that have benefited from Jerry’s generosity, he recently was presented with a very special gift. 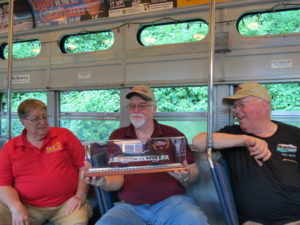 Jerry Evans holds up his model, in its protective case, as John Engleman, left, and Harry Donahue look on. (Roger DuPuis photo.)

Jerry grew up in Sharon Hill, Pennsylvania, and has been a lifelong fan of the Red Arrow trolley system. With the help of John Engleman, a St. Petersburg Tram Collection model of Red Arrow “St. Louie” car 23 was obtained for Jerry. Painted in the original livery worn by these cars, the model carries a Sharon Hill destination sign.