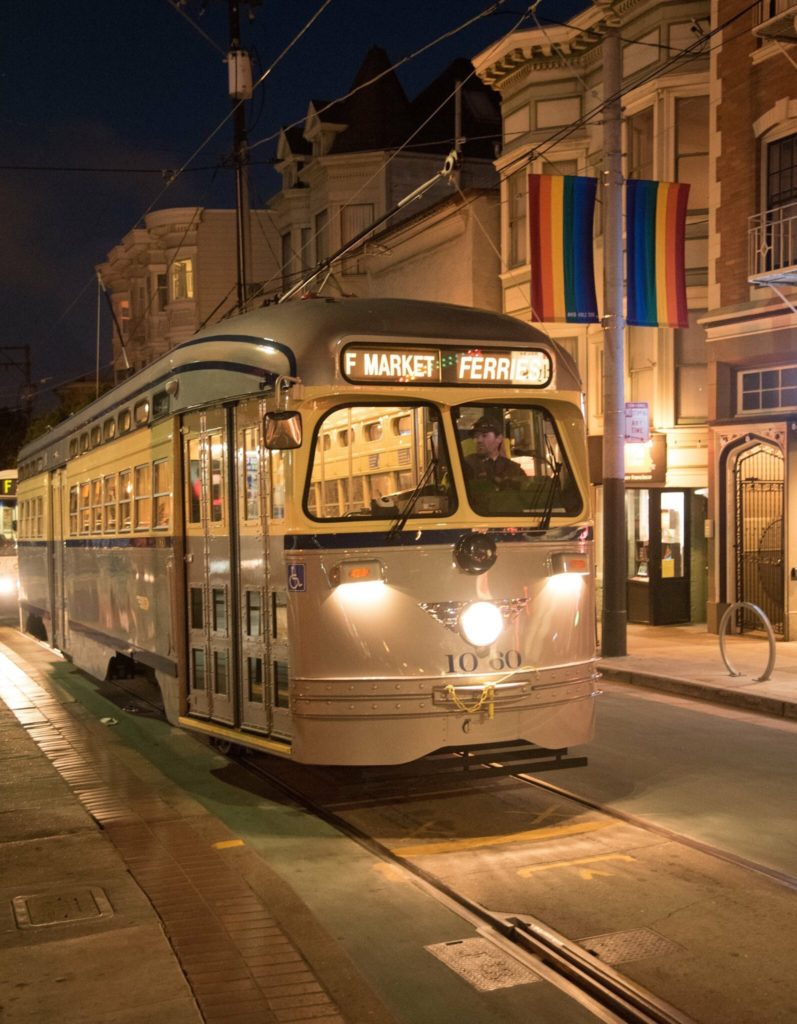 One of Philadelphia’s lost transit treasures continues to serve the public nearly 3,000 miles away.

The car would make history in 1979, when PTC successor SEPTA chose it to be the pilot vehicle for a new overhaul program. Sporting the new red, white and blue livery applied to SEPTA’s trolleys and buses, 2715 would serve in that guise for only eight years, after which it was retired. In 1992, it was among a group sold to San Francisco for use on the city’s F-Market line.

The F-Market line opened to the public in September 1995, and continues to operate using vintage trolley cars from around the world. Among them are 13 ex-SEPTA PCCs, including car 1060, wearing tribute liveries representing North American cities that operated PCC cars. 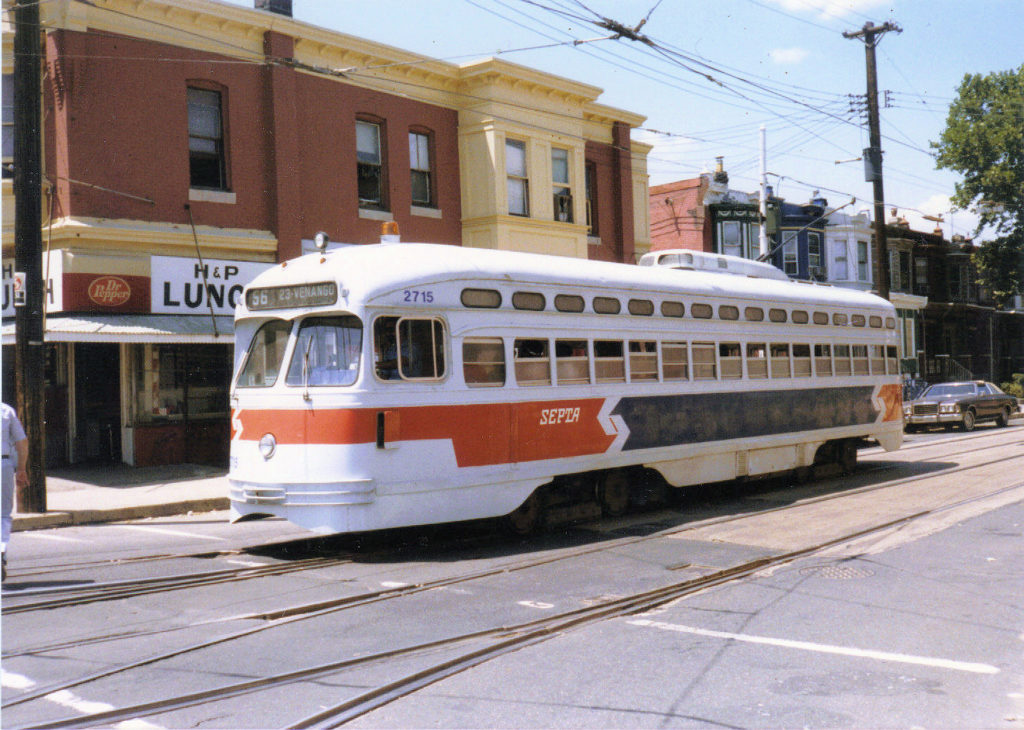 As the Market Street Railway’s 1060 page explains, the car initially entered service in San Francisco in 1995 wearing former Newark, N.J. colors. Following an accident in 2002, the car was rebuilt and repainted in an interpretation of the silver, cream and blue colors worn by Philadelphia Rapid Transit Co.’s first PCC cars in 1938. The resemblance to Kraft’s famous cream cheese boxes earned the car its new nickname.

Initially rehabilitated by Morrison-Knudsen for use in San Francisco, the ex-Philadelphia cars are in the process of undergoing second rehabs by Brookville, located in western Pennsylvania.

The rebuilt San Francisco cars, meanwhile, are being outshopped with fittings and equipment that are much closer in design to their original 1940s configuration.