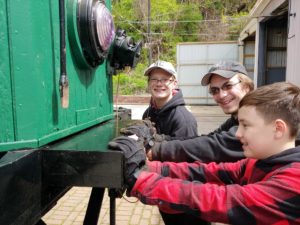 We have an update for those of you who have been following FPT’s work on PRT snow sweeper C-145 at the Baltimore Streetcar Museum.

Last week some of our younger members put the new bumpers on the car that had been made last year by carpenter Jerry Sateriale. Andrew, Logan, and friend Mason are seen here putting the final touches on the bumpers.

With the outside of C-145 almost finished, we are moving to the interior.  We found remains of orange, two shades of green and a grey on the interior.  We decided to go with the medium grey. Harry Donahue is seen inside the car as work progresses. 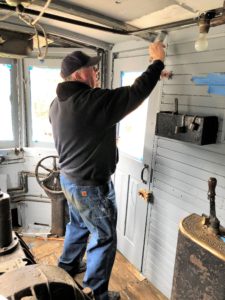 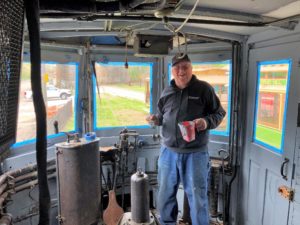